Firefighters don’t just face danger as part of their duties. Being a firefighter also comes with certain OH&S risks, one of them being health issues. At the top of the list is cardiovascular disease. Sudden cardiac death is one of the leading causes of on-duty deaths amongst US firefighters. For many years this was attributed to lack of physical condition or to personal factors that predisposed the person to a higher risk of cardiovascular disease but recent studies have implicated a much more sinister reason.

Fires emit toxic gases such as carbon monoxide and hydrogen cyanide. Hydrogen cyanide for instance is created when fuels containing carbon and nitrogen burn. These types of fuels are commonplace in fire scenes and include paper, plastics, cotton and other similar items. Gases such as carbon monoxide and hydrogen cyanide, when inhaled, interfere with oxygen transport in the body and reduce the amount of oxygen that reaches the body’s tissues. The resulting condition is called Hypoxia. Hypoxia can damage the heart and significantly increases the risk of cardiovascular disease and other heart related conditions.

Atherosclerosis, associated with excessive and long-term exposure to the particle matter contained in smoke, is another occupation hazard faced by firefighters. And conditions like hypertension and possibly also ischemic heart disease have been linked to exposure to noise.

Heat stress is another significant health issue faced by firefighters. In order to be protected from the heat of the fires they’re fighting, firefighters wear highly insulated clothing. Unfortunately this clothing, whilst protecting them from external heat injuries, increases their risk of suffering from internal heat injuries and dehydration when the body is unable to lose body heat that builds up with physical exertion. Left unchecked, heat stress and dehydration can kill. Additionally, heat stress and dehydration also severely affect cognitive function and in a dangerous environment like a fire scene, this is a potential disaster waiting to happen.

Fortunately modern fire fighting technology is increasingly addressing this issue with the development and implementation of technology like fire fighter physiological status monitoring. This technology allows fire commanders on the field to monitor the physiological condition of their fire fighters and make the appropriate decisions to pull affected personnel from the fire ground and bring in fresh personnel.

There are also Personal Alert Safety Systems (PASS) that provide an alert when fire personnel stop moving whilst working inside a structure, allowing a supervisor on the outside to take the appropriate actions to contact the person and/or send in a rescue team. OSHA tables providing heat injury guidelines around the permissible amount of work allowed under certain temperature, humidity and solar level conditions in different types of environments are also available.

Obviously structural collapse is another leading cause of on-duty deaths and injuries for fire fighters. The collapse of the World Trade Centre on 9/11 is one of the most famous examples of this in recent times but any time fire personnel enter a burning structure there is potential for structural collapse. For this reason all fire personnel should be carrying two-way communication devices whilst on duty to enable them to remain in contact with incident commanders as well as a Personal Alert Safety System when in attendance at a fire scene.

The big C….cancer. A study completed in 2014 found that incidences of certain types of cancer are more prevalent amongst fire fighters than other professions. Top amongst these is the deadly mesothelioma or asbestosis, caused by exposure to asbestos particles and in particular, by the inhalation of these particles. Asbestos was a major component of building materials for decades and is still found in many older buildings. Under fire conditions disturbance to asbestos creates dust and airborne particles, which pose a significant threat to fire personnel in the immediate vicinity.ce

Other types of cancer found to be more prevalent among fire fighters are bladder and prostrate cancer, especially amongst male fire fighters under the age of 65. Bladder cancer may also affect female fire fighters but there was insufficient evidence at the time of the 2014 study to form any conclusive opinion. Ongoing studies started in 2015 have also found a correlation between lung cancer and leukaemia deaths among fire fighters and the number of hours those affected had spent fighting fires. Needless to say these statistics are the subject of continuing medical research but it is a fact that fire fighters are routinely exposed to far greater levels of carcinogens at fire scenes than the general population. The carcinogens that can be found at fire scenes include radiation as well as carcinogenic chemicals.

This article is provided by the RickyRescue Training Academy. E-learning versions of Fire College courses in Florida and Tennessee such as Fire Officer 1 Study Guide can be sourced through their certified training centers. Contact them for details at 239.240.7915.

Get Through The UK Immigration Process 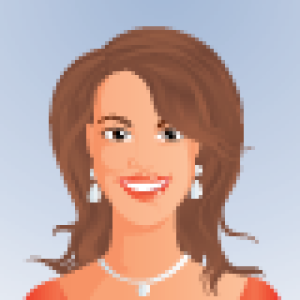