Google Pixel 2 Would Be An Incredible Mobile

Although it has been a few months since the launch of Google Pixel and Pixel XL, rumors have already begun to hear about the new model that has prepared Google to make the world market vibrate by the end of the year. If you had your mind on the wrist operating system, Android Wear 2.0, which will be launched by the Mountain View Company in February, now you will have to change focus due to the leaks that presented what may be the new Google Pixel 2.

The Pixel has devastated by its great qualities in each of the countries where it has been marketed, proving that it has been a success for the smartphone market. Some sources consulted by US media have confirmed that Google, who should know these five things, is currently focused on what will be the new version of mobile elite, Google Pixel 2.

GOOGLE PIXEL 2 PROMISES TO DRIVE WITH THE MARKET

According to a compilation of the leaks that have been taking the Google Pixel 2 will have one of the best cameras in the market, just like its predecessor. This second-generation device, which will be water-resistant as we will read later, will aim to provide better photos in low-light environments and stipulate that it maintain the same number of pixels previously offered (12.3 megapixels).

As for its processor some sources have ensured that Google is trying to make its own, as Apple does with the iPhone, however is unlikely to be an option implemented in the Google Pixel 2. The hypothesis that has gained more force is that Use the Snapdragon 835, a decision that would be ratified after multiple tests with several improved chipsets.

Another novelty on the table that will have the second generation of the Pixel is that it cannot be damaged by water, giving even the luxury of a dive from 1 to 1.5 meters for 30 minutes. This is a feature that nowadays have the mobile phones of the main brands in the market such as the iPhone 7 or Samsung Galaxy 7. The quality could be placed in the Google Pixel and Pixel XL, but for lack of time no they were able to carry out that plan.

It is rumored that the Google Pixel 2 has a launch price of 700 dollars, this would be $ 50 more than its predecessor. In addition to this the mobile would have a version called Google Pixel 2B, which would bring less powerful hardware, but would be below 650 dollars also becoming an attractive and more affordable option for some users. Both devices could launch at the same time although they would be directed to totally different markets.

Finally everything points to the presentation and the release of Google Pixel 2 at the end of the year, specifically in mid-October, as it has been with the Nexus and Pixel. This would also give the US company significant time to make last-minute changes and finalize some details.

Find Out How To Take Virtual College Courses

How To Use This Summer In Improving Skills In Math? 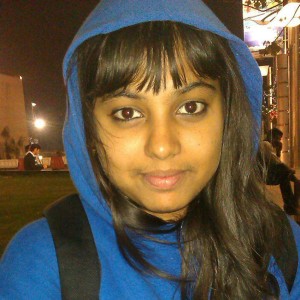 Shubhi Gupta is a freelance writer, who writes for a variety of online publications. She is also an acclaimed blogger outreach expert and content marketer. She loves writing blogs and promoting websites related to education, fashion, travel, health and technology sectors. Visit My Travel Blog.